LONGi Solar – The King of Solar

LONGi Solar is the largest PV company in the world by both market value and sales revenue. It announced on April 22, 2021, that it shipped 24.5 GW of solar panels in 2020. This amazing result amounts to 224% more than what they shipped a year before (8.4 GW). Interestingly, only 570 MW were used by Longi businesses.

Having extended its production capacity for solar wafers, cells, and modules, the company is now aiming to shift 40 GW of solar panels in 2021.?

The prestigious title of “the world’s biggest” PV company has been passed on in recent years from one Chinese company to another, with Suntech, Yingli, Trina Solar, and JinkoSolar being Longi’s predecessors.?

The huge solar panel shipment number represents a revenue increase of only 66%, year on year. This is a result of a decrease in panel prices. Still, Longi managed to generate RMB54.6 billion ($8.41 billion) for net profits of RMB8.55 billion ($1.32 billion), constituting a 62% increase year-on-year.

A Closer Look at the Numbers

LONGi Solar reported 25.9% of the weighted average return on net assets, for a 2.84 percentage point advance from 2019. Net cash flow from operating activities increased by 35%, amounting to RMB11 billion ($1.69 million).

At the end of the fiscal year, Longi had an annual capacity of 85 GW for solar wafers, 30 GW for cells, and 50 GW for panels. Those numbers had all gone up after the authorizing of several projects, including a 15 GW ingot and wafer fab in Yinchuan, an additional 10 GW ingot casting capacity at Longi’s Tengchong factory, 10 GW of ingot and wafer facilities at the Qujing base, 7.5 GW of solar cell production capacity at the Xi’an factory, a 5 GW mono cell production project in Xi’an, and four 5 GW module manufacturing lines (Taizhou, Xianyang, Chuzhou, and Jiaxing).

As a result of the rising worldwide demand for solar energy, 70%?more of Longi’s revenue came from overseas buyers. 39% of total revenues (RMB21.5 billion) were generated from foreign customers.

LONGi promised to encourage its employees to shift to electric vehicles within a decade and to have all operations powered entirely by renewable energy. In March 2020, LONGi officially joined the Global Initiative RE100, committing to sourcing 100% of renewable electricity across its entire global operations by 2028, with an interim target of 70% by 2027. The manufacturer also signed up for EV100 (a commitment to switching to electric vehicles and installing charging infrastructure for employees and customers by 2030) and EP100 (a commitment to upgrading equipment, digitalizing systems, and changing operational behavior to improve energy productivity while reducing greenhouse gas emissions).

The above climate and energy consumption commitments seem unlikely to govern LONGi’s aggressive production capacity expansion plans. The company’s goal is to reach the capacities of 105 GW for wafers, 38 GW for cells, and 65 GW for panels. The manufacturer also aims to ship 80 GW for wafers and 40 GW of panels in 2021, thus generating RMB85 billion ($13 billion) of sales.?

A Quick Look at Other Solar Giants

In its latest financial results, Chinese solar module manufacturer JinkoSolar defined 2020 as a very difficult year due to the Covid-19 crisis and constant volatility in both upstream and downstream businesses.

Despite the challenging market conditions, the manufacturer managed to increase its annual shipments by 31.4% year-on-year to 18.77 GW and its turnover by 18.1% to RMB35.13 billion ($5.38 billion). The revenue growth was directly connected to the rise in shipments, while the lower-than-expected income was attributed to a decrease in average product prices.

Looking forward, Jinko said that demand for modules would revive once market prices have stabilized and that supply is currently sufficient in most segments of the supply chain. For the first quarter, the manufacturer expects revenue to come in at between $1.18 billion and $1.30 billion and shipments to reach up to 5 GW.

Jinko CEO Xiande Li stated: “We expect total shipments in 2021 to grow over 30%, to be in the range of 25 to 30 GW. By the end of 2021, we expect our in-house annual production capacity of monocrystalline silicon wafers, high-efficiency solar cells, and modules to reach 33 GW, 27 GW, and 37 GW, respectively.”

The shipment figures were almost 1GW higher than some market research firms had forecasted. JA Solar said that the 15.88GW total shipments had included shipments of around 500MW to its in-house downstream project business in China, although this is not a major activity for the company.

The manufacturer reported a net profit attributable to shareholders of approximately RMB1.5 billion (US$229 million), up 20.34% from 2019.

However, although fourth-quarter 2020 revenue set a new quarterly record of US$1.39 billion, net profit took a significant hit coming in at around US$32.75 million, down from around US$89.88 million in the previous quarter, the high point of quarterly figures.

Although the company did not specifically detail in its annual report why net profit in the fourth quarter of 2020 had declined 63.5% from the previous quarter, JA Solar did say that there were several factors at play during the quarter, including a significant increase in purchasing costs of polysilicon, PV films (encapsulants & back sheets), and solar flat glass.

At the end of March, Trina Solar announced that the total volume of the orders for its distributed products Vertex 500W and Vertex S 405W had surpassed 2GW, which have spread their footprints all over the world with high reliability and power generation efficiency. In addition, the first batch of the Vertex S modules has recently arrived in Europe for mass installation in thousands of project sites.

Gonzalo de la Viña, Head of European Module Business at Trina Solar, stated: “We are experiencing strong market growth across Europe, thanks to the increasing momentum of renewable energy adoption. Vertex S is designed specifically for the European rooftop market and is a versatile solution for residential and commercial applications. Leveraging the advantages of Vertex S via our strong distribution network as well as commercial and industrial customers, Trina Solar is perfectly placed to meet the needs of the European residential and C&I market.” 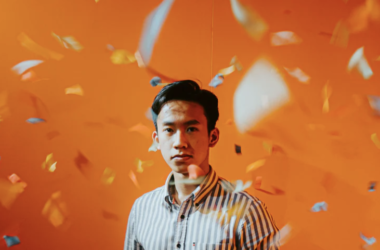 Rooftop solar projects ? how to find the right contractor

A decision of who to hire to get your rooftop solar panels installed must, by no means, be…